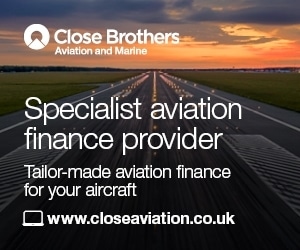 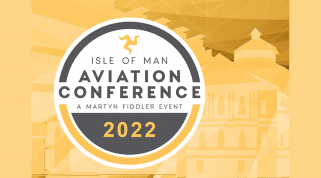 Air bp, the international aviation fuel products and services supplier, has renewed its contract with Cannes Mandelieu Airport (CQE/LFMD) in France, following six years of successful collaboration.  It will continue to be the sole supplier of Jet A-1 and Avgas at the airport. Cannes Mandelieu is the country’s second most important general aviation hub and one of Air bp’s 47 locations in France among its 390 strong European network of supplied sites.

The contract renewal underlines Air bp’s track record in providing and maintaining the highest level of service, its continued commitment to growth and supply reliability.

Jean Mousa, Air bp general aviation sales director continental Europe said: “We are pleased to be continuing our hugely successful relationship at one of Europe’s premier airports. This contract renewal reinforces our belief in regional airports and their importance for local infrastructure and economic development. We look forward to working together with the team at Cannes Mandelieu as we welcome general aviation customers and card holders this year.”

Thierry Pollet, general manager Cannes Mandelieu Airport, Aéroports Cotes de Azur, added: “ACA is delighted to renew its contract with Air bp. Among the important factors in our selection, we considered the emphasis on service quality, the high level of technical expertise, support for global marketing activity and Air bp’s environmental focus. These factors will help to strengthen ACA’s position as a major player in the business aviation sector.”

Air bp is also present at ACA’s other locations; Nice Airport (NCE/LFMN) and Saint Tropez Airport (LTT/LFTZ), the latter of which is bulk supplied.

As the aviation division of bp, Air bp is one of the world’s leading suppliers of aviation fuel products and services. We have been investing in the aviation industry for over 90 years to keep people flying safely around the world. In 2019 we supplied over 6.7 billion gallons of aviation fuel, fuelling over 7,000 flights per day at over 800 locations in more than 55 countries – that’s more than five planes a minute.

Our customers include commercial airlines, the military, business and private aircraft owners, airports and airfield operators. We have a wide range of services to support our fuel offer including the design, build and operation of fuelling facilities, technical consultancy and training, low carbon solutions, the Sterling Card for efficient general aviation refuelling and innovative digital platforms to increase efficiency and reduce risk.

The Aéroports de la Côte d´Azur Group (ACA) manages Nice Côte d´Azur (France’s second largest hub airport), Cannes Mandelieu and Golfe de Saint-Tropez airports. ACA is number two in Europe in terms of business aviation. The regular helicopter connection between Nice and Monaco is one of the most important in the world in terms of traffic. The three airports are certified Carbon Level 3+ Neutral by ACI. The Group is committed to achieving the goal of zero CO2 emissions without compensation by 2050. Since 2016, Aéroports de la Côte d’Azur has been a private airport group, the majority of its capital belongs to the Azzurra consortium.