The importance of domestic and international travel to the economic prospects of individual businesses and the wider economy is highlighted today in a new report by WPI Strategy. The report reveals the majority of UK business leaders see air travel as key to their future economic prospects and would return to the skies if quarantine measures were eased.

According to new polling of 515 business leaders by Survation contained within the report:

The chief executive of London City Airport has urged the new Global Travel Taskforce to move quickly to get business air travel up and running again.

Welcoming the creation of the Taskforce as a positive first step forward, Robert Sinclair, said that he hoped the group would “acknowledge the fundamental importance of business air travel to the economic recovery prospects of the UK and other sectors such as hospitality and leisure.” Sinclair, supported by a range of industry and political voices, urged the Taskforce to move with the utmost speed, setting out a clear roadmap for the introduction of a testing regime which would ultimately lead to the elimination of quarantine. This call is also supported by  KLM who operate services from their global hub in Amsterdam to 15 airports across the UK.

“The UK aviation industry is the third largest in the world and a global success story.  But it is not just an industry itself, it also acts as an enabler of other industries such as trade, tourism, hospitality, imports, exports and conferences.  We know the demand for air travel is there, but restrictive quarantine measures are currently holding business leaders back from flying, and the UK economy from beginning its recovery.

“We sincerely hope that the Global Travel Taskforce both acknowledges how fundamental business travel is and moves quickly to introduce a roadmap for aviation which sets out how a testing regime can be implemented quickly.  Doing so could deliver a much-needed shot in the arm for business air travel, boosting economic growth across every region and every sector.”

Proportionate to passenger numbers, the authors breakdown the impact of domestic aviation on GDP by UK regions and nations as in the order of:

Sinclair was backed by business leaders and politicians from across the UK who are concerned that the government’s plans for levelling up the country and increasing the UK’s trade links could be at risk without a speedy introduction of testing.

“The economic recovery will be led by the business community and the ability to travel will be key. Business travel adds huge economic value directly and indirectly on industries like events and conferences amongst many others. I hope the Government will prioritise the need to allow safe travel including pre travel testing  and a new quarantine regime so business  can get back to travelling and building a strong economic recovery.”

“The report is confirmation, if any were needed, of the huge economic benefit of regional connectivity regional airports to Scotland. The vital contribution of airports like Glasgow in my Paisley and Renfrewshire North constituency cannot be understated.

“Since the start of the pandemic I have called on the UK Government to make good on their promise and support the aviation industry to protect 1000s of jobs and time is fast running out for a credible package of support to be delivered.”

“KLM has a long standing commitment to serve the UK regions. We have rebuilt our regional presence in the UK over the last few months, reopening all routes. Connecting the UK regions to the world through our hub in AMS is of vital importance to the regional economy of these communities, especially in these challenging times.

“We hope the Taskforce will be able to define a roadmap that will allow us to eliminate the quarantine measures and reinstall travel confidence so that we can continue to rebuild our regional frequencies that is so vital for the regional economy.”

“If London is to return to being a world city then we need a thriving aviation sector and we need effective ways of testing for Covid-19 at our borders.

“Of course aviation isn’t just vital to London’s recovery alone. Whether it’s through travel and trade into London and then onward in the UK, or arrivals and departures in other UK cities and regions, London-based aviation is intrinsic to our national and regional economies, and to a great extent the economy of much of the world.

“If the Government are serious about both ‘Global Britain’ and ‘levelling up’ then they need to have immediate and genuine discussions with the sector about the urgent introduction of airport testing and a targeted support package.  ”

“For a company like Excel London, being able to fly exhibitors and delegates in and out of London quickly and efficiently is critical. That is why we urge the government to move quickly to speed up airport testing. Doing so would act as a much needed shot in the arm to the events and hospitality sector.”

“Aviation is fundamental to businesses growth across the UK and underpins our international trading performance. To get passengers flying again safely, it is essential that industry and government work together to tackle major barriers, including enabling the introduction of testing as an alternative to quarantine”.

“Conferences bring people together from all over the world to collaborate, to exchange ideas and to drive positive change. A significant number of conference delegates reach Edinburgh by flight, from UK and global destinations, making air travel absolutely vital in facilitating these meetings. We strongly support the option of airport testing, which will undoubtably have less of an impediment to our clients’ conferences, than ongoing quarantine regulations.”

“Air travel for business across the UK is critical, particularly for building and maintaining relationships. Whilst video conferencing tools have been extremely beneficial and enabled business connectivity throughout the pandemic, there has been a clear reduction in opportunities for some businesses. Being unable to conduct business face to face for example, has restricted business development with new contacts.”

£15billion figure has been produced by WPI Economics, based on Oxford Economics estimating the total contribution to GDP of the aviation sector in the UK as £72bn in 2014 and domestic aviation in 2014 accounting for 17% of total passenger movements. 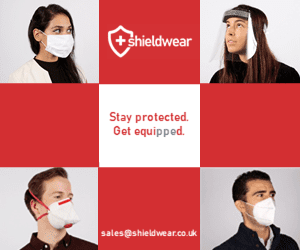 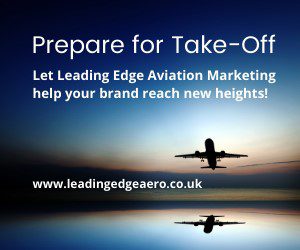 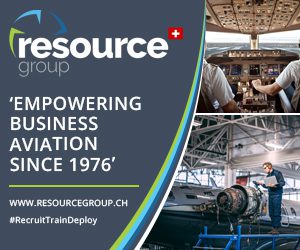 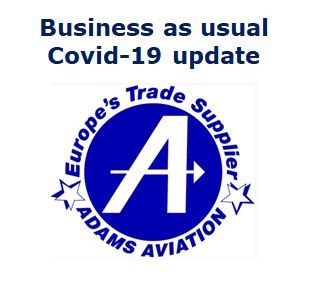